5 Hormones That Play a Major Role in Your Workouts 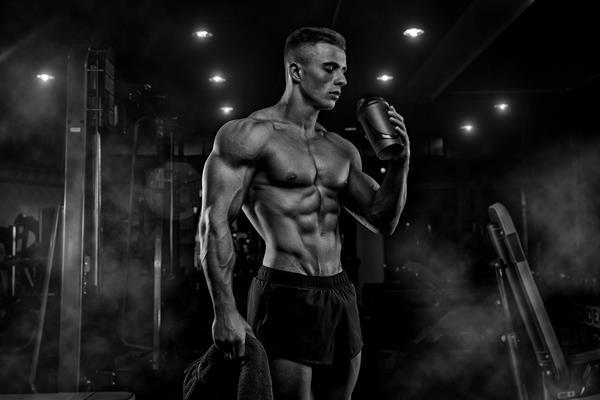 We all know the benefits of exercise, but we aren’t all aware of the roles hormones play during our workouts. When we exercise, the balance in our body changes. The chemicals in our body control the ways our cells function and how our body responds to any physical activity we put ourselves through. Hormones control many physiological reactions in our body, such as our metabolism, tissue growth, reproductive processes, hydration levels, degradation of muscle protein, our mood and synthesis. Hormones are responsible for burning fat as well as building up new muscle tissue. This makes it very important to understand the ones that are released and required for exercise, as well as the influence they have on certain physiological functions. To help you gain a better understanding, today, we will be taking a look at five hormones that play a major role in your workouts.

Cortisol is a catabolic steroid hormone. It is released by the adrenal gland when the body is under stress, if your blood sugar drops, and during exercise. Cortisol supports energy metabolism when you exercise for long periods by producing the glucose required to fuel a workout. While cortisol promotes fat metabolism, if you exercise for too long, levels of cortisol may rise too much, which will lead to muscle protein being used for fuel instead. This will lead to less being conserved for muscle repair.

Both of these amine hormones play a major part in supporting the sympathetic nervous system to regulate the way our bodies function during exercise. Epinephrine and norepinephrine are different hormones, but they are related to each other. Epinephrine improves heart function, increases the levels of blood sugar (for fuel), and supports fat breakdown and metabolism. Norepinephrine performs many of the same functions as epinephrine, while causing the blood vessels to constrict in parts of the body that are not involved in your workout.

HGH is an abbreviation for human growth hormone. It is an anabolic peptide hormone that is secreted by the anterior pituitary gland. It stimulates cellular growth and once it binds to specific receptors, muscle protein synthesis is increased, which leads to muscle growth and an increase in bone mineralization. It also promotes fat metabolism and supports the function of the immune system. High-intensity exercise triggers the release of HGH, as do REM cycles of sleep.

Insulin is a peptide hormone that is produced by the pancreas. The role of insulin is to regulate carbohydrates and metabolize fats. When your blood sugar rises, insulin will be released and will promote the absorption and storage of glucose and glycogen. When exercise starts, insulin is suppressed, so you should avoid sugary food and drinks before you exercise to avoid glycogen (fat) storage. Due to this, sports drinks and energy gels should be avoided until you begin to sweat.

Testosterone is known as a steroid hormone. In males, the Leydig cells in the testes produce this hormone. In females, testosterone is produced in the ovaries. In both genders, a small amount is produced by the adrenal glands. This hormone plays a part in muscle repair, skeletal growth and protein re-synthesis. You can purchase real testosterone injections to increase your body’s levels of testosterone. This is best done with the help of a professional who can provide a personalized program.

Our bodies are full of hormones and each hormone plays its own part in physiological function. Physical activity directly influences the release of the above hormones as they play a vital part in helping the body adapt to the physical requirements that are demanded through a workout. This will improve your performance levels and overall results in return.