8 Reasons Why You Don’t Have Ripped Abs 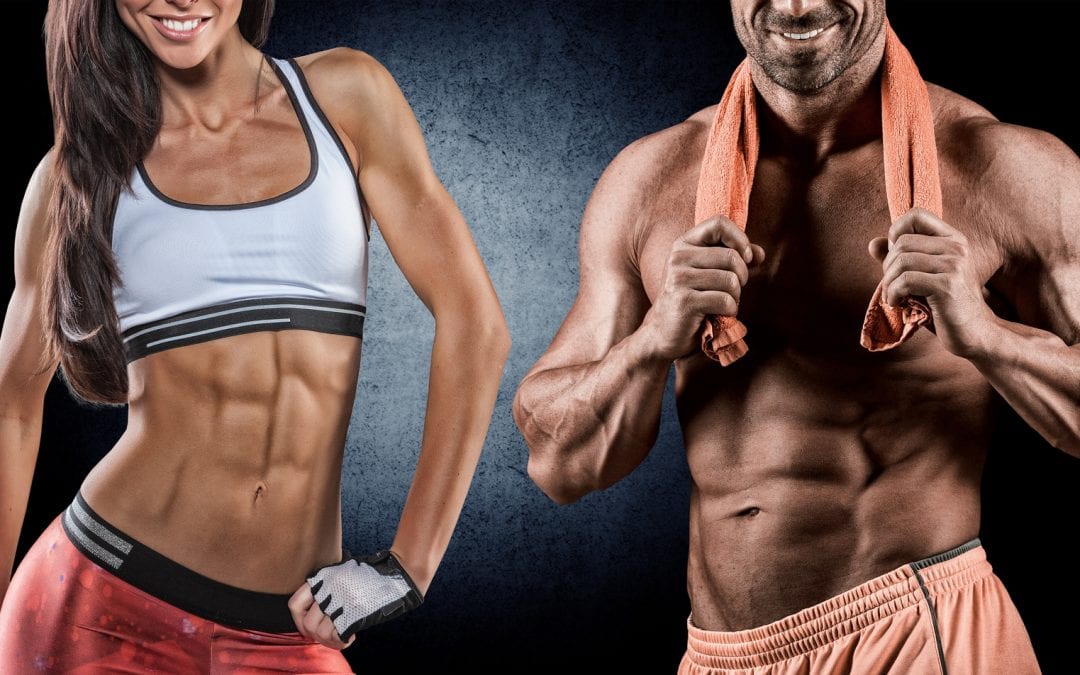 It’s one of the most advertised topics in the health and fitness industry: getting ripped abs.

And let’s face it, us humans are a vain bunch!

But really, who in this world doesn’t want to have shredded abs? You know, the kind that you see in almost every health magazine selling the next ‘must have’ supplement.

In all seriousness, if you want that bulging six-pack there are a few things you need to understand about these muscles.

Become a good student and you could pick any workout routine with the right nutritional approach and be on your way to abs that’ll make your friends green with envy.

Your abs are made up of four separate muscles. These muscles support and help move the torso:

• The rectus abdominis (the ‘six-pack’ muscle), the long slender muscle that runs vertically down your abdomen from your lower ribs to your pubic bone. It flexes the torso so the ribcage moves towards the pelvis.

• The external obliques, which cover the front and side of your abdomen and run diagonally from the lower ribs to the pelvis to form a ‘V’ shape. They bend the torso sideways and rotate it to the opposite side when flexing forwards.

• The internal obliques, directly underneath the external obliques but running in the opposite direction to form an inverted ‘V’ shape. They help the rectus abdomens behind the torso forwards, as well as rotating it to the same she to which they are attached.

• The transverse abdominis (TVA), a flat sheath of muscle lying underneath the rectus abdomens, running across the torso. It originates in the lower spine, and wraps around and attaches to the ribs, abdominals and pelvis. It acts as a muscular girdle to hold in your internal organs.

To get the ripped abs you’ve always dreamed of, you need a strong torso … or in other words ‘core.’ Whichever workout you choose to do really needs to focus on developing core stability and strength by using proven principles of core training.

What Is Core Training?

Core training is based on the idea that by training the muscles surrounding the torso, pelvis and spine — in particular the TVA and the lumbar multifidus in the lower back — you increase stability throughout your entire body. These trunk muscles act as a natural girdle, stabilizing your pelvis and supporting your torso. All movement starts from the TVA — or at least it should.

In many cases, due to inactive lifestyles, people no longer have control over this muscle and so develop bad posture, back problems and poor movement quality.

What Are The Benefits Of Core Training

Traditional exercises have little effect on core strength, as they do not work the trunk stabilizers. But training your core, and learning how to ‘switch on’ you TVA, helps stabilize your pelvis, and builds better balance and posture by correctly aligning your body.

It also helps improve performance in other sports, prevent injury, and strengthen a weak lower back — as well as tone a flabby midsection. When you work to strengthen and stabilize your core, you strengthen your body’s power base.

If you don’t have the abs of your dreams, it could be because you’re:

2. Moving too fast. Do each movement in a slow and controlled manner. This increases the intensity of the contraction and minimizes injury risk. One of the most common errors is performing the movements too quickly in the belief it will melt fat away. This is not true — fast movements generate excess momentum and reduce the effectiveness of the exercise.

3. Improperly aligned. Maintain a neutral alignment of the spine at all times by keeping the natural ’S’ contour. Although your spine flexes during many of the exercises, keep you neck, head and shoulders in alignment. Don’t press your chin into your chest — imagine you are holding an apple under your chin. This neutral position distributes the load more evenly and minimizes stress to the vertebrae and discs of the spine.

4. Half-assing it. Aim to perform each exercise with a full range of movement, really squeezing the muscles.

6. Overtraining. Training your abs every other day is sufficient. Working them more frequently won’t necessarily produce better results, and risks over-training and injury. If your abs are still sore, it’s too soon to train them again.

7. Doing too many reps. The number of repetitions you can manage depends on how hard you squeeze your abs at the top of each movement. It’s better to perform slower, intense movement with good control, holding each contraction for a count of two, than rushing to perform more reps.

You can do your abs workouts at the end of your regular workout (say, at the game or after playing sport) or at any other time of day that fits into your schedule. The important thing is to do it three times a week.

If you’re guilty of any of the eight reasons why you might not the ripped abs you desire, now you know what might be holding you back.

Amend your errors and change your ways! No more talk. Get to work!