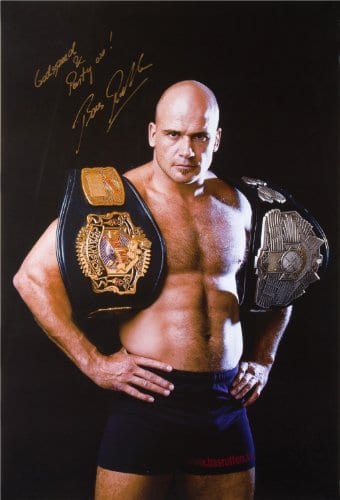 Check out how this UFC Champion uses the MASS Suit to intensify his workout and condition himself to perform his best in the octagon.

Just watch the video below.

By using the MASS Suit in your speed training you will be increasing your speed, endurance and strength even faster. See results within 14 days. The MASS Suit has been shown to enhance your workout efficiency by 73%

Born 24 February 1965) is a Dutch-American actor and retired mixed martial artist, kickboxer, and professional wrestler. He was a UFC Heavyweight Champion, a three-time King of Pancrase world champion, and finished his career on a 22 fight unbeaten streak (21 wins, 1 draw). FightMetric wrote this when Rutten got inducted into the UFC Hall Of Fame: “FightMetric, the official statistics provider for the UFC, ran the numbers on Rutten’s career. They back up the Dutchman’s inclusion into the UFC Hall of Fame and then some. In the 4-hours, 27-minutes and 8-seconds he spent as a pro fighter, Rutten scored 13 knockdowns without getting dropped himself, his significant strike accuracy was 70.6%, the highest FightMetric has ever recorded, attempted a record 53 submissions and successfully swept his opponents a record 46 times.” From 2007–2016, Rutten was the co-host of Inside MMA on AXS TV.

As a professional fighter, one of his favorite tactics was the liver shot (both punch and kick), and he popularized its use in MMA.[2][3] Rutten is known for his charisma and has capitalized on his celebrity status since retiring from fighting in 1999. He has worked as a color commentator in several MMA organizations, including Pride, and has appeared in numerous television shows, movies, and video games. He also coaches MMA and has authored several instructional materials.