THE CRISTIANO RONALDO APPROACH TO SUCCESS 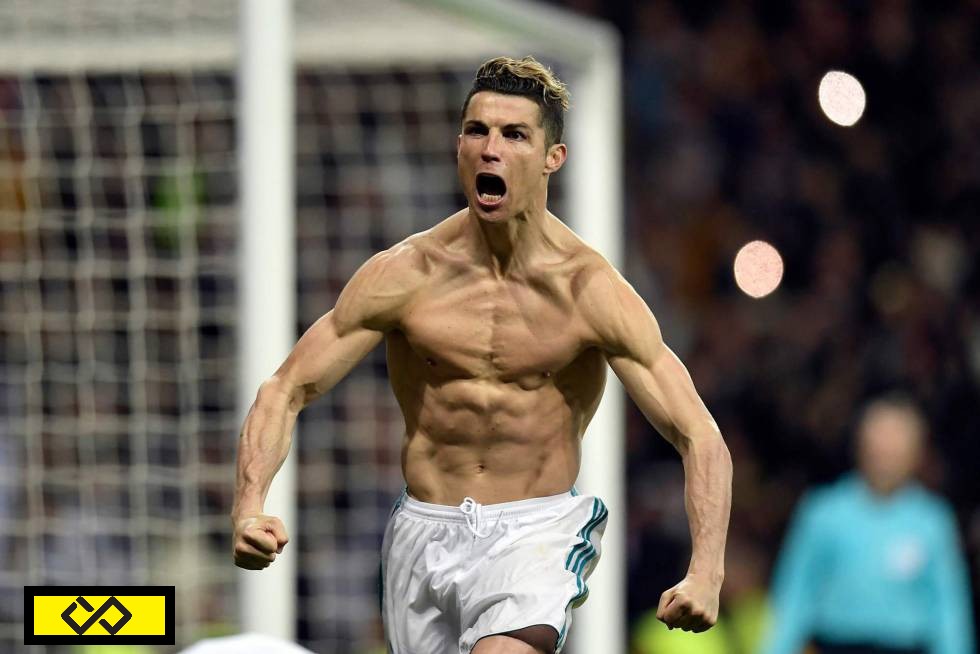 If you mutter the words ‘Cristiano Ronaldo’ everyone will know who you are talking about. He is arguably the greatest soccer player of all time but it’s not through good luck; many people are born blessed with talent but few have the desire to push themselves to the top. Whilst we cannot guarantee you’ll go on to win five Ballon D’Ors, we can give you the inside track on Ronaldo’s training and mentality.

Let’s break away from the elite side of soccer for a moment.

There is a well known story from Ronaldo’s time with Manchester United that has been recounted by numerous teammates; Rio Ferdinand, an experienced head in the squad, beat Ronaldo at a game of table tennis. The squad enjoyed a laugh at Ronaldo’s expense but Ronaldo didn’t turn his back. Instead he bought a table for himself and practiced for two weeks solid before challenging Ferdinand to a rematch. Ronaldo won.

Some will see this as a petulant child not being able to handle defeat but that’s not Ronaldo. To triumph over Ferdinand was to better himself. That’s the mentality the Portuguese wakes with every day.

At the training ground Ronaldo will be the first man there, he’ll train and then he will hang around to pepper free kicks into an empty net.

When a teenage Ronaldo arrived in Manchester from Sporting Lisbon he was very much a scrawny kid and now he’s almost unrecognizable. Forget soccer, he’s one of the most fine tuned athletes on the planet and a big part of the reason why he’s still at the top of his field – despite his 34 years – is his commitment to his diet.

Ronaldo believes that a large output requires a large input and he’ll find time in his schedule for six meals per day, however, those meals will be carefully constructed with a blend of certain nutritional content. Ronaldo opts for a diet of high protein and wholegrain carbs that are supplemented with huge volumes of fruit and vegetables; meat and fish form a solid part of his diet and will regularly be served with a salad on the side.

A warning from his friend and former teammate Patrice Evra though – he won’t use any salad dressing or sauces so for the CR7 physique you might have to accept a few bland meals. The final part of Ronaldo’s intake is a vast quantity of water to ensure he remains as hydrated as possible.

The idea of diet isn’t all about what you put in your body though; it’s also about what you keep out. For Ronaldo that means avoiding unnatural sugars as much as possible and alcohol is a no-go.

One of the biggest challenges for a soccer player is to find a regime that works across the board; the game requires so many types of fitness for you to be a success and any workout pattern needs to match this.

Ronaldo possesses blistering pace, immense strength, great agility and explosive power that all come in to play alongside his stamina that allows him to perform at his peak for over and above 90 minutes every time he steps out on the pitch.

Due to the demands of a match Ronaldo tailors his training accordingly with a variety of exercises.

Ronaldo pours his focus into two main elements – cardio and weights. He might get on a bike, the treadmill, a rowing machine or even hit the road to get his lungs working but then he’ll combine it with a weight session as well to complete a full body workout – and it keeps things fresh for the mind.

An extra specific workout Ronaldo has been known to do is to use ankle weights whilst doing his soccer footwork in a double win situation that’s game relevant.

In sport, injuries are part of the game but there are things you can do to protect yourself from niggles. Firstly, it’s imperative that you warm up before every session and another of the most important elements to establish early on is where you must strengthen; for Ronaldo, who operated on the wing as a youngster, he knew his ankles would need to be strong to cope with jinking runs and, more importantly, getting hit with big tackles so to strengthen his ankle ligaments he would spend a lot of time doing elastic band work e.g. eversion and inversion movements.

The other side that mustn’t be forgotten is to allow yourself time to rest and relax. Ronaldo works extremely hard but knows when to unwind and that’s because his mental state is as important as his physical one.

There you have it, regardless of whether you’re a soccer star, a track athlete or even if you’ve got aspirations of winning the Breeders Cup there is something everyone can take from the beast that is Cristiano Ronaldo.