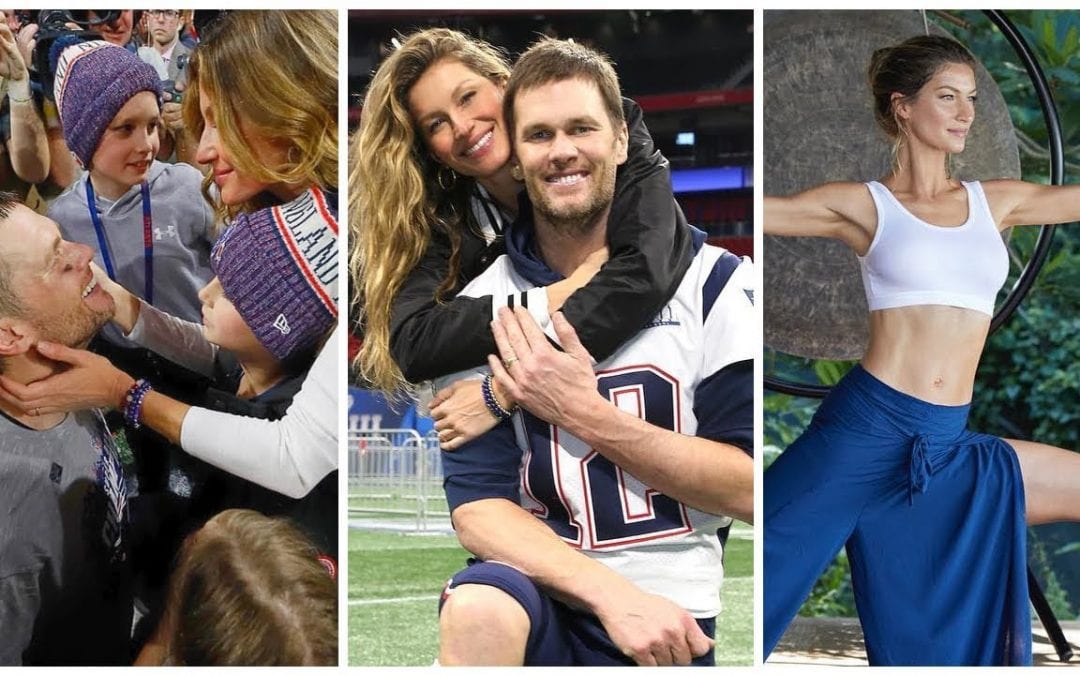 As Tom Brady prepares for his 42nd birthday and another NFL season, people are continually blown away with just how he can do it. Most pro athletes, especially in the NFL, are well into retirement when they hit 40 years old.

Supermodels also tend to have pretty short careers. With demands to always look as in shape as possible, Gisele Bündchen at 38 is still as fit as ever.

How exactly does this power couple do it? If you ask them individually, they both have similar answers. They have a very strict diet they stick to every single day, and that has allowed them to stay very young and competitive in their respective fields. How hard is there diet to stick to? Below is a closer look at what they do each day to have great bodies at their age.

Breakfast is the most important meal of the day, so a healthy eating couple is going to stress this meal quite a bit. It starts very simple in a lot of days, as both Tom and Gisele love to drink warm lemon water soon after waking up. Many people swear by drinking lemon water (or regular water) early in the day to help with hydrating the body and speeding up metabolism. Water can also help with better-looking skin and a lower chance of constipation later on during the day.

The first real meal in the morning is packed with vitamins. On most days, the couple will go with a special shake from their chef. The shakes usually include mostly vegetables, ranging from spinach to kale for Gisele. She is not a pro athlete, so she doesn’t need quite the same nutrients as Tom does.

Tom’s smoothie is very calorie-dense. Plenty of protein powder goes into the shake, and a combination of nuts and seeds are grounded up as well. Even though he is not a huge fan of fruit, a hint of fruit of some sort might go into the smoothie to add a bit of flavor.

Juicing is a big part of the diet for Tom and Gisele. It seems like Gisele enjoys juicing a little bit more, and that probably has to do with her enjoying fruits. Another limitation for Tom is that he avoids all nightshade vegetables. They can cause inflammation, which is not something any pro athlete wants. When juicing, Tom avoids fruits, as well as vegetables like tomatoes, peppers, and eggplant.

What does that leave Tom with? He can still enjoy plenty of green juice. Packed with some of his favorite vegetables, it is not considered the most appetizing thing for the average person, but it helps power him through a busy day.

Gisele’s juicing seems to stay mostly on the lighter side. She is not opposed to fruit, as long as it is a healthy fruit. She needs much fewer calories during the day than Tom, even if she is working out quite a bit herself.

The diet up to this point is mostly about vegetables, but 20% of their meals do come from lean meats. Chicken, wild salmon, and steak are the three main staples for the couple, although they do sprinkle in other options from time to time.

This makes their diet a little easier for others to try, but remember that they are getting some of the finest meats available. Getting extremely lean options will cut down on calories and fat consumed.

Foods they avoid at all times

There are some foods that Tom and Gisele will simply avoid at all costs. Anything that includes white sugar or white flour is an instant no-no. There are a lot of different alternatives that work roughly the same way, and the chefs they work with have become proficient in using those alternatives.

The couple also avoids all types of caffeine, which means no coffee. No dairy is in their diet either, which is a bit of a shocker to some people. Gisele is a pretty big fan of fruits and vegetables, but Tom only really eats bananas, and that is in a smoothie form.

Along with a great diet, the couple works out religiously. Tom is still in pro athlete shape, and Gisele has to look perfect under the always judging eye of the public. A diet is a great starting point, but exercising is the final touch for any person to get in the best shape of their life.