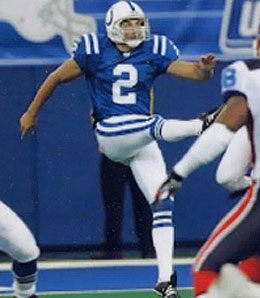 RotoRob recently had the opportunity to sit down and talk with Jesse Nicassio, the former NFL punter turned inventor. After setting several punting records with Eastern Washington University, he signed with the Rams in 2004, for whom he averaged 44 yards per punt. Nicassio also played with the Colts before an injury derailed his playing career. That’s when his true career went into overdrive, as he launched Juke Performance, a company that invented the EZ Kicker, a product designed to improve punter and kicker skills. But his more recent contribution to the world of athletics training, the MASS Suit, has had a far greater impact. We talked to Nicassio about his inventions and got a chance to ask him about his playing career.

Click on the button below to listen to the entire interview.